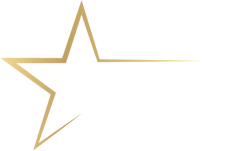 THE BAJAN ‘YEAR OF CULINARY EXPERIENCES’

In addition to the matchless authentic eats found across the island, what makes Barbados’ culinary landscape so special is the diversity of gastronomic fare found in its 166 square miles. Dine around; from the West Coast to the South Coast, from Italian to American, there is something for every palate. To help diners manoeuvre the vast terrain, the BTMI will also be promoting the re-DISCOVER programme, which offers attractive specials at participating restaurants throughout the year. All eyes are on October (18th -21st October), when Barbados is set to stage the ninth edition of the Barbados Food and Rum Festival.

The Festival takes the best of all culinary experiences on the island and infuses them with some of the most coveted chefs from around the world. This gastronomic extravaganza is topped off by the island’s renowned mixologists, concocting a mix of creative and refreshing cocktails featuring the islands’ golden elixir, rum. Also at the heart of the Festival are the island’s diverse eateries, from easy-going food trucks on the beach, to premium world-renown diners. With recently opened restaurants such as Hugo’s, which is already a visitor favourite, and others in the pipeline, like The Top Deck by Jason Howard, it’s no wonder Barbados chose to take an entire year just to celebrate its culinary feats.

Also, set to be a big hit this year is Mount Gay Rum, which, now in its 315th year of production, is an institution on the island. Visitors travel from far and wide just take a tour and sample this world’s oldest rum, right in its birthplace of Barbados. Packing a lot of punch in just 166 square miles, Barbados has a lot to offer every foodie traveller this year. To help travellers keep up, the BTMI dedicated a section of their website to the ‘Year of Culinary Experiences’, www.visitbarbados.org/year-of-culinary-experiences, along with their Barbados Food and Rum website, www.foodandrum.com.